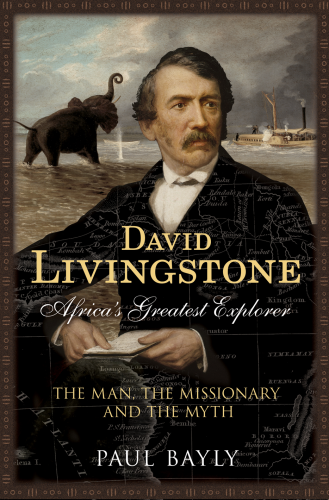 David Livingstone: Africa’s Greatest Explorer The Man, the Missionary and the Myth

In 1841, a twenty-eight-year-old Scottish missionary, David Livingstone, began the first of his exploratory treks into the African veldt. During the course of his lifetime, he covered over 29,000 miles uncovering what lay beyond rivers and mountain ranges where no other white man had ever been. Livingstone was the first European to make a trans-African passage from modern day Angola to Mozambique and he discovered and named numerable lakes, rivers and mountains. His explorations are still considered one of the toughest series of expeditions ever undertaken. He faced an endless series of life-threatening situations, often at the hands of avaricious African chiefs, cheated by slavers traders and attacked by wild animals. He was mauled by a lion, suffered thirst and starvation and was constantly affected by dysentery, bleeding from haemorrhoids, malaria and pneumonia.

This biography covers his life but also examines his relationship with his wife and children who were the main casualties of his endless explorations in Africa. It also looks Livingstone’s legacy through to the modern day. Livingstone was an immensely curious person and he made a habit of making meticulous observations of the flora and fauna of the African countryside that he passed through. His legacy includes numerable maps and geographical and botanical observations and samples. He was also a most powerful and effective proponent for the abolition of slavery and his message of yesterday is still valid today in a continent stricken with drought, desertification and debt for he argued that the African culture should be appreciated for its richness and diversity. But like all great men, he had great faults. Livingstone was unforgiving of those that he perceived had wronged him; he was intolerant of those who could not match his amazing physical powers; and finally and he had no compunction about distorting the truth, particularly about other people, in order to magnify his already significant achievements.

Paul spoke about his book at the Northern Club, Auckland. A number of club members had visited the places that Livingstone had either discovered or passed through.

Paul spoke at the London based Royal Geographical Society with IBG on  Africa’s greatest and pioneering explorer David Livingstone (1813-73).  All proceeds were donated to support the 2015 transatlantic expedition- the Phoenicians Before Columbus. If you wish to donate money towards this expedition please follow this link.

The John Stace Geography Society, run by Geography students of Westminster School, invited Paul to address their members and academic staff over breakfast, and speak about the legacy of Dr Livingstone.  Westminster School’s campus adjoins the Abbey where Livingstone’s body is buried, and this made the talk even more relevant for students.

Gieves & Hawkes, Saville Row Tailors of London, generously hosted a celebration to mark the publication of Paul’s new book on Dr Livingstone.  Paul spoke about the great explorer and the historical connection to Gieves & Hawkes, as the occupants of the original home of the Royal Geographical Society, and outfitters of many explorers of that day.